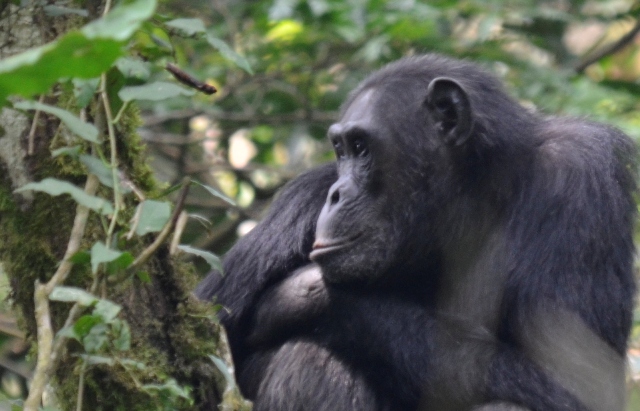 Primates are the top attractions in Rwanda, where Tourists get a chance to visit the Gorillas, Chimps and Golden Monkeys.

For those interested in seeing the gorillas in their natural habitat Rwanda offers one of the best locations for gorilla trekking. There’s something uniquely special about coming face-to-face with an animal that shares 99.6% of our DNA – even more so when there are just 1,000 of them left in the wild. No wonder mountain gorilla trekking in Rwanda is a dream-come-true for wildlife lovers and intrepid travellers alike.

In the Volcanoes National Park in Rwanda there are over twenty families of mountain gorilla, comprised of around 280 individual gorillas, living on the slopes of the Virunga Volcanoes. Of these twenty families, twelve families are visited with ten families being visited each day. The Parks Authority rotates the families that you trek to see, on a daily basis. For many, seeing gorillas in the wild offers a wildlife experience of a lifetime.

Gorilla treks take place in the morning and depart from the Park Headquarters at around 07:30am. Prior to departure you are given a briefing by park staff, assigned a gorilla family to visit and rangers to guide you. The treks take place on the slopes of the Virunga Volcanoes and clients should be in good physical condition as some of the trek can be physically demanding. The treks normally start in the cultivated land on the base of the volcanoes and then you are guided up into the beautiful dense misty forests. The trek normally lasts between 2 and 5 hours depending on the location of the gorilla family and a maximum of eight visitors is allowed per gorilla family.

Once you reach the gorillas you are permitted to stay for one hour to view them. The minimum age for gorilla trekking in Rwanda is 15 years. A maximum of 80 gorilla permits are issued per day and during high season these sell out far in advance, it is therefore important to book gorilla permits as early as possible. Gorilla Permits currently cost US$1500 per person per trek.

Chimp trekking safaris in Rwanda are the second most sold primate activity in Gorilla trekking. Chimp trekking in Rwanda is quite the unique activity and it gives visitors memorable life time experiences of stay in the country. Chimpanzees possess close to 99% of the human DNA making them our closest living relatives and thus Chimpanzee tracking in Nyungwe can be considered a journey to self-discovery and worthwhile.

Chimpanzee tracking in Rwanda takes place in Nyungwe National Park. It is the largest montane forest in Africa covering and area of approximately 1600 to 2000 square kilometers. The forest is home to a great deal of other primates including the baboons and troops of monkeys of different types. It is also a great bird watching destination in Rwanda.

Chimpanzee tracking in Nyungwe takes place at Cyamudongo which has about 30 members that roam the area and offer the best viewing opportunities. There are about 500 Chimpanzees in Nyungwe forest but there are only two habituated groups and the rest roam wildly and are hard to find due to the thick and rugged terrain.

The Rwanda chimpanzee tours in Nyungwe set off from Gisakura ranger station. Tourists are expected to be at Gisakura station by 4.30am to meet the park guides for briefing and by 5am are transferring to the starting point of the trek into the park. There is only one session to track chimps in Nyungwe which is the early morning session.

The chimpanzee trekking experience is different from the gorilla trekking as the chimps are very active and are running around in the tree canopies, and so there may be a bit of running after to catch up and sightings may be a bit more sporadic and rushed.

The cost of the permit for chimpanzee trekking in Rwanda is US$90 for foreign nonresidents and US$60 for foreign residents of Rwanda and East Africa (Rwanda, Uganda, Kenya, Tanzania, and Burundi).

Important to note is that only 8 tourists are allowed to track each chimpanzee troop in the day’s session, and therefore since there are two habituated chimp groups only 16 chimp permits are available each day. This is a very limited number of permits considering how many people track the chimps. You are advice to book your chimp tour well advance so that your permit is secured.

There is an age limit of for one to go chimp trekking in Rwanda and you must be 16 years and above.

Golden monkeys are known to have unique characters and are a rare species that are endangered at the moment and they are currently found in the Virunga Mountains in Rwanda. They are easily recognized due to the yellow patches that can be seen all over their bodies.

The golden monkey trek is worth going for while in Volcanoes National Park and if you’re interested in wildlife, this is a rare and delightful experience not to be missed. Besides Volcanoes national park, the other populations of golden monkeys reside in Mgahinga gorilla national park in Kisoro district, south western Uganda.

Golden monkeys in Rwanda live in the bamboo vegetation towards the base of the volcanoes and habituation has helped them to overcome their initial shyness to accept their daily visit by researchers and tourists. Trekking golden monkeys and gorillas is a similar experience – in a small group of no more than eight people, and you can spend one hour with the monkeys once you find them. The endangered species are very active creatures, and jump from tree to tree which is really interesting and a little difficult to photograph.

There are two groups of habituated Golden Monkey families in Volcanoes National Park. The largest group of around 80 to 100 is normally found near Mount Sabinyo. Golden Monkeys are more active than the larger Mountain Gorillas, therefore you must be prepared to move quickly through the forest to keep up with them when they are on the move. For this reason Golden Monkey Trekking is more similar to Chimpanzee Trekking.

The length of time that you are allowed to spend with the Golden Monkeys is one hour, however there is no limit to the number of people who can do a golden monkey trek. This doesn’t mean that the Golden Monkeys are outnumbered or put in harms was as there is only normally a handful of tourists who participate in this activity. Unlike other primate trekking experiences there is no minimum age for a visit the Golden Monkeys although the terrain is pretty tough going so bear that in mind.

Just like in mountain gorillas, Travelers to see golden monkeys are required to buy permits which allow them to access and spend an hour with these amazing creatures. Fortunately, golden monkey permits are quite cheap costing $100 per permit in both Uganda and Rwanda. Permits are bought from Rwanda Development Board (RDB) in Rwanda and Uganda Wildlife Authority (UWA) in Uganda. Travelers are reminded to book for permits at least 3 months before the trekking date to secure permits and ensure timely planning. The cost of a golden monkey permit involve park entry fees, ranger fee and government taxes.

WHEN TO VISIT PRIMATES IN RWANDA

The months of June to early October present the long, dry season in Rwanda and as a result, are the best conditions for gorilla trekking. The primates that are endemic to the Volcanoes National Park (mountain gorillas and golden monkeys) are common and easier to see, as well as other resident animals such as elephant and buffalo. Because of such good conditions, these months in Rwanda are deemed as the peak season to travel. If you are looking to travel during these months, we highly recommend booking in advance to guarantee availability on the accommodation and gorilla permits (as only eight permits per gorilla family are issued daily).

The best time for chimpanzee trekking in Nyungwe is during the dry season from June to around October when the trek trails are passable unlike the wet season when they are all muddy. But since Nyungwe National Park is filled with rain forest trees, it receives rainfall all throughout the year and as you plan for your trekking experience, it is advisable that you carry with you a raincoat to avoid getting wet.

If you are interested in planning a Primate safari, then please contact us and we would be happy to answer any questions you may have, advise you of current availability of Primate Permits and help you plan your safari.

Factors to Consider When Renting a Car in Rwanda